Something is wrong in Aquae Sulis, Bath’s secret mirror city.

The new season is starting and the Master of Ceremonies is missing. Max, an Arbiter of the Split Worlds Treaty, is assigned with the task of finding him with no one to help but a dislocated soul and a mad sorcerer.

There is a witness but his memories have been bound by magical chains only the enemy can break. A rebellious woman trying to escape her family may prove to be the ally Max needs.

But can she be trusted? And why does she want to give up eternal youth and the life of privilege she’s been born into?

Between Two Thorns is a strange and pretty awesome story. On one hand we have the modern mundane world ie. London in our times and on the other we have Fae lands and a little inbetween. Cathy one of our main characters is dating a cute boy, watching sci fi movies, running away from her family, and studying at uni until it all comes crashing down when her family traces her after a run in with a Fae lord.

Having run away from the Nether, which is a neither here nor there space between the Mundane world and Fae world, she’s hauled back to an abusive family and a society living 300 years behind the times, she has no rights, strapped into a corset and being used to further her families place in society by marrying whomever they choose instead of being valued or recognised for her personal worth or intelligence. She’s told to shut up and be polite or face the consequences.

TW: There is parental and family abuse, this isn’t a YA our protagonist is 20 and although she’s had a privileged life in regards to a roof over her head and money she grew up with a physically abusive father and emotionally abusive Mother.

I really loved the mirrored worlds and thought they were explained fantastically and simply! A simple magic explanation that makes sense is all I’m asking for when it comes to mirrored worlds, things can get fucky with to many elements. The nether interested me the most, a place in freeze frame, no wind, no weather, no sun, no stars, just gray sky and high society being semi controlled by a Fae overlord for each high standing family. 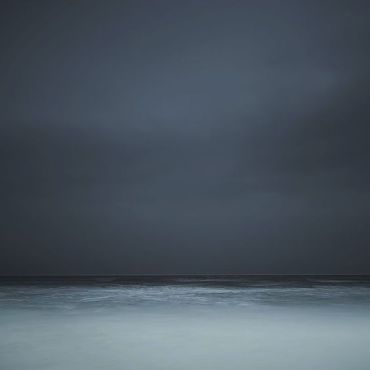 Asides from Cathy’s story we see from an Arbitors POV. An Arbitor’s job is to police the Nether for the mundane world.

Max witnesses a fellow officer acting dodgy and investigates why he’s whole chapter (detective/police squad) is suddenly non responsive. Arbitors are the law enforces between Fae and Mundanes, keeping fae from catching mundanes and making them slaves and being sure there aren’t any charms used for harm in the human world. To do this one has to be immune to magic to achieve this Max’s soul is detached and kept in a chain/necklace that’s usually anchored to his neck. Unfortunately something happened when he was giving his report via statue and now he has a sass gargoyle, his soul fusing with the statue and become an awesome sass stone that bugs him and helps him solve the corruption that’s happening around.

I loved the mix of Old society in the nether and modern mundane world, I adored Cathy even though I know a lot of people saw her as naive and a bit dull I liked that she was true to her upbringing. She wasn’t epic-ally strong or particular baddass but she had a strong mind and a kind heart. Also her family fucking sucks and needs to be set on fire repeatedly. I admired her will power and strength when it came to the abuse she has been put through her whole life.

We also have Will, the handsome guy Cathy is arranged to marry. I was meh on Will but we’re supposed to be. He’s Cathy’s chosen match and while he has an okay heart he’s swimming in the sexism that is expected from a guy 300 years behind and Cathy isn’t ready to put up with that shit.

“I assume the gargoyle does not require refreshments?”

“I imagine not, sir, being of a stone constitution, but I find it best to never assume anything when it comes to matters of unnatural animation.”

Overall I really enjoyed the world building and mix of weird, the dislocated souls and everything having great reasoning behind them.

This book is so underrated as it goes for most small press SFF but if you’ve read it let me know what you thought!

5 thoughts on “Between Two Thorns by Emma Newman”