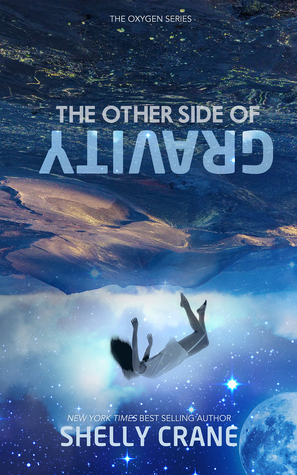 My name is Maxton and I’m a trader.

I live on a soulless planet where gravity, oxygen, and everything else are sold to the highest bidder on the black market. People are sold on the black market, too. You have to work really hard not to become one of those people. Pay your taxes, keep your friends and family close, and more than anything else—don’t get caught by the Militia. But all the rules changed for me the day I found her.

My name is Sophelia and I’m a stowaway.

I’ve been a slave for almost as long as I can remember. Waiting for the one day, one second, for my proprietor to turn his head so I could run and never look back. Now I’m on the run. And on a planet where no one is on your side and people would turn you in for a good meal or a piece of a silver, being on the run on Landu is the last place you want to be. Until he found me.

I won’t survive without him.

I can’t breathe without her.

Do I smell Romance?

The Other Side Of Gravity is a romance in its truest form. Rescuer turned boyfriend and Damsel in distress *Cue Disney music*

haha no guys I’m only joking, it’s not that bad! I love a good love story as much as any one else but with lines like this…

“I went because…my ovaries made me.”

It’s easy to pick on this book but I did enjoy it. I mean what the hell is up with your body Sophelia, I don’t know about you guys but I’ve never followed a strange cute guy because my ovaries made me! Are they going to go on a protest if you don’t go?! This line was just so weird.

What really stood out and made me like this book was the uniqueness of the setting.

Maxon and Sophelia are in a new “earth” a planet behind the Sun that humans have come to now that we’ve destroyed earth (I’m assuming, I don’t think it was ever mentioned if Earth was destroyed or not) in this world you have to pay for everything: air, gravity pills, water rations, food rations, and the government determines how much you need and you can only have you allotted amount. If you breathed to much jogging to bad.

Gasping and holding breathes in YA romances are already over used but this book took it to a whole new level. The amount of lines that were basically “Maxon I can’t breath, no seriously your making me run out of air with your sexiness.”

Nearly everyone works in the mines, mining for metals as all other materials burn given the planets proximity to the Sun.

I pictured the planet to look a little like Mars with a giant silver structure and slums everywhere. The ocean is Red, the dirt is Red, the sky is Red, the rain is Red which was pretty awesome but I would have liked some more world building to really make me love the setting and keep me immersed in the story.

This is done in a duel POV and while I liked these characters I really enjoyed them more when they were separate. Soph is a strong and independent character by herself but constantly breaks down and leans on Maxon when he’s there.

Maxon is headstrong and not afraid to break the law but stupidly spends money they need to live on cookies and petting puppies just to make Soph happy.

Maxon! The girl loves you and needs air more then candy I don’t care how pretty her smile is *epic eye roll*

I would have preferred this to be all in Maxon’s POV as Soph was annoying at times and would burst the picture Maxon had built of her in my head. We constantly hear how he loves that she’s a smart ass and strong and then we get into Sophs mind and she’s paranoid and weak.

THE ENDING WAS A CRAPPY THING TO DO.

I hate books that end on a ridiculous cliff hanger. Yes give me some angst and make me want the next book but you can’t just end it in a way that makes me think you did it so I’d have to pick up the next book. To be honest I would have read the next book anyway without that ending but now I kind of don’t want to because it pissed me off that much.

All in all it was good, could have been better and I will probably pick up the second book when it comes out.

Thank you NetGalley and the publishers for allowing me to read an arc in exchange for an honest review.

How do you feel about Cliffhangers?

I like them if there done well and not completely ridiculous!

6 thoughts on “The Other Side Of Gravity by Shally Crane”