TOP TEN TUESDAY, my friend, my love, my content making tool *heart eyes* seriously if you’re not doing TTT’s you should be they’re are a great way to blog hop and Broke and Bookish have awesome prompts.

Todays TTT topic is Back To School Freebie: anything “back to school” related like 10 favorite books I read in school, books I think should be required reading, Required Reading For All Fantasy Fans, required reading for every college freshman, Books to Pair With Classics etc etc…

If you noticed my title I’ll be doing top 10 classics I’ve read. We all have to read classics in class and I’m the nerd that enjoyed them instead of watching the movie adaptation of looking up sparknotes. So let’s get into my fave classics:

To Kill a Mockingbird by Harper Lee, originally published in 1960.

TKAM was my first book I ever properly stole and the owner being my sister who’s not a reader didn’t even notice. I read this very young and loved Scout and Jem but it wasn’t till I reread it as a grew older was I able to really think about the themes. TKAM is still one of my faves and I try to reread it as often as I can.

The Importance of being Ernest by Oscar Wilde, originally published in 1895

OSCAR WILDE MY LOVE, I love this play, I love all his plays, I love it all. I still have my school edition that’s full of annotations. Look if you don’t think you need 1800’s sass you are mistaken:

“How you can sit there, calmly eating muffins when we are in this horrible trouble, I can’t make out. You seem to me to be perfectly heartless.”

“Well, I can’t eat muffins in an agitated manner. The butter would probably get on my cuffs. One should always eat muffins quite calmly. It is the only way to eat them.”

“I say it’s perfectly heartless your eating muffins at all, under the circumstances.”

The Little Prince by Antoine de saint, originally published in 1943

A Classic I only read last year, all the characters are wonderful, the view it gives on Adulthood is genius and too true, the simplistic way it shows them is somehow complex at the same time. A line could be interpreted a thousand different ways if you asked a 1000 different people.

Another book I am dying to re-read I read this years ago and loved the moral torment and the basics of good vs evil in the one person.

“All human beings, as we meet them, are commingled out of good and evil: and Edward Hyde, alone, in the ranks of mankind, was pure evil.” 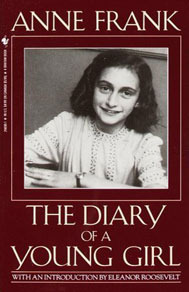 The Diary of a young girl by Anne Frank, originally published in 1947

Who hasn’t read the story of Anne Frank? Anne’s diary is harrowing and heart wrenching, it sparked my interest in learning more about the war and had me at a young age imagining what it would be like for my to be Anne.

“Although I’m only fourteen, I know quite well what I want, I know who is right and who is wrong. I have my opinions, my own ideas and principles, and although it may sound pretty mad from an adolescent, I feel more of a person than a child, I feel quite indepedent of anyone.”

Antigone by Sophocles, originally published in -441

Probably the oldest book I’ve ever read? The whole Theban plays had me hooked, I only had to read Antigone for class but I read all three because how could you not? To see a strong and willful woman in a book from -441?! To read about characters in this time period that was written in this time period! It blows my mind how books can be translated and still taught thousands of years later.

“Another husband could be found and with That husband another son. But I have no mother now. I have no father. I cannot bring another brother to the world.”

I adored Hamlet, seriously ghosts and tortured souls, evil plots, and so many killings?! What is there not to love, I need all the Hamlet retellings as a YA book pleasseeeee

Thief orphans? Seriously, thief orphans in london? Thief orphans is my favorite fantasy trope and I think my youngin mind may have fallen in love with it after reading Oliver Twist

“The doctor seemed especially troubled by the fact of the robbery having been unexpected, and attempted in the night-time; as if it were the established custom of gentlemen in the housebreaking way to transact business at noon, and to make an appointment, by the twopenny post, a day or two previous.”

I also have a thing for sarcastic narrators and this is wordy but has so many jems hidden inside.

I did actually have a few more I could have added to the list which is suprising as I don’t read as many classics these days, teenage me was much more educated xD I do plan on re-reading a few of these and picking up so more classics soon, they’re just SO DENSE at times I always put them off.

Did you do TTT this week? What theme did you go with? Do you have any fave classics? Let me know down below!