Disclaimer this post will mainly focus on Autsim in books as this directly relates to me as I have a brother that is on the spectrum and I’m able to see good rep from bad (most of the time all situations differ) but I do know that we need more hype for ALL disabilities that are in our everyday life that aren’t spoken about enough.

My voice is small, my platform is small, I am grateful for every one of my friends I’ve made online blogging and being in the book community but I have a few things to say.

I have been loving the diverse books we’re getting this year, the own voice stories come to life, the great representation of LGBTQA and the inclusion of different races other than your cookie cutter white skinned blue-eyed main character, but where is the hype for books with great disability rep?

Where are the big bloggers and booktubers yelling about how good this book was staring Autism, the twitter count downs about when a the preorder is going to be in our hands finally, the people commenting on an insta pic saying they can’t wait to get their hands on a book where the main character has autism and kicks ass on the daily?

I see so many great posts that give recommendations for POC  and LGBTQA reads but will rarely see a post that recommends me a book that has a disabled character.

Where are my twitter threads about the stigma surrounding disabilities and why YA books are all able-bodied asides from a small amount of contemporaries, where’s my Sci Fi staring a character with Autism? Where’s my Fantasy book with a character on the spectrum? Where’s my horror that DOESN’T portray the disability to be evil. Where is the outrage of disability stigma and the media feeding off disabled people and labelling them as dangerous or using them as their villain?

I can do only so much as one small voice, I can shout and shove books in people’s faces but the real influence comes from all of us and yes bloggers/booktubers with a larger fan base. And why don’t they talk about Autism in literature? Why is it such a tough subject to touch on? Because people who aren’t directly affected or know anyone who has autism are scared to speak up but we need to raise our voices if we can ever lift this stigma.

My brother is on the spectrum, he was diagnosed at 4 years old, he’s non verbal and will be dependent on us, his family for the rest of his life. He is not able to speak for himself, he is not able to wipe the look off people face when they stare in public, he is not able to stop people’s uneducated comments like “oh but he’s so handsome he doesn’t look autistic” seriously what does Autism look like? I use to get mad at these people (I still do but I’m working on it) but it’s not from them being assholes on purpose(although there is the exception) it’s from them being uneducated, from people not speaking about Autism openly and often, it’s from not seeing it accurately represented in media like young adult books or when it is a good representation the book is still so underrated.

I also ask everyone to educate yourself on lives that are different from yours, to learn more about disabilities that you don’t know much about to be an advocate for all diverse narratives and not only the ones that are easy to talk about. Yes talking about disabilities can be difficult as you don’t want to offend but if you’re trying and you’re educating yourself it’s okay to make mistakes. You haven’t had the direct experience others have but you’re still speaking up for voices in need and I know I and a lot of people appreciate that.

I want people to advocate and speak up for those who can’t do it themselves, I want people to read about stories that are different to their own so they can better understand, I want people to not get weird when I mention my brother has Autism (and no one in the book community has but it does happen, people get awkward and change the subject it’s a strange thing but that’s what not talking about disabilities has done) This post isn’t about talking about Disabilities more then other narratives but it’s about spreading awareness that a lot of the larger bloggers are helping POC voices, LGBTQA voices be heard and I’d love to listen to them shout about disabilities too and not shy away.

Think back to your diverse posts and books on your shelf and how diverse they are, are they only LGBTQA and POC? THIS IS OKAY it’s okay if the books on your shelf are all smutty romances featuring pirates the beauty of reading is reading what you want! But just think about reading even more diversely and talking about disabilities because I for one would love to have people understand myself, my mums, my dads, and most importantly my brothers story.

Talk about disabilities, break through the stigma and be a voice for all diverse narratives not just the popular ones.

You know what I would love more than anything? A book with a LGBTQA, POC character that has Autism and I want them to be in the world kicking ass and battling monsters, saving lives, and finding love.

Thank you for everyone who read this, thank you for all the diverse book bloggers who are out there, I know I mention I don’t see enough people recommending disabilities in lit but I’d like to add yes there are people actively pushing and sharing but they don’t get enough recognition for the work they do in this community, thank you to everyone that supports and shouts about diverse narratives and neurodiverse books and thank you to all the own voice writers creating beautiful amazing stories with disabled, LGBTQA, POC characters that brighten my heart and bookshelf.

I’d also like to say that this year one of my personal goals have been to read more books with diverse casts not only because these books deserve to be supported and I’m sick of the same stories over and over but because if I want more people to read books centering around disabilities and other diversities then of course I must as well, I must say nearly all the books I’ve read this year have been 4-5 stars and I can attribute it to new refreshing and diverse stories.

This wouldn’t be a good post if I didn’t include at least one recommendation, this post is already really long so I’ll just leave you with the one for now: 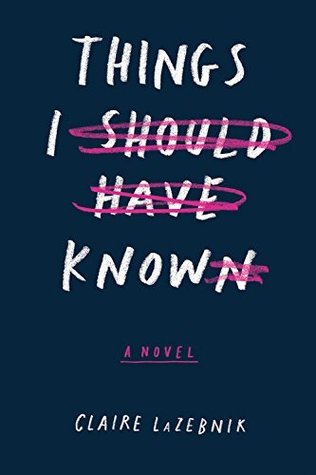 Young Adult, Contemporary, LGBTQA, Autsim, Love, Hate to love, Messy families, love, frustration, love. This book is everything I’m searching for and I would like 10 more like this please.

Chloe Mitchell, a Los Angeles girl on a quest to find love for her autistic sister, Ivy. Ethan, from Ivy’s class, seems like the perfect match. It’s unfortunate that his older brother, David, is one of Chloe’s least favorite people, but Chloe can deal, especially when she realizes that David is just as devoted to Ethan as she is to Ivy.

Uncommonly honest and refreshingly funny, this is a story about sisterhood, autism, and first love. Chloe, Ivy, David, and Ethan, who form a quirky and lovable circle, will steal readers’ hearts and remind us all that it’s okay to be a different kind of normal.

Again thank you for reading this post, leave me recommendations, thoughts, questions, really anything you like in the comments I am always open to talk more on this subject and will be focusing a lot on promoting own voice diverse reads this year.

HEY BOOKISH PEOPLE WITH BEAUTIFUL SHELVES please help me with how to position my shelves on the wall in between these windows, I have a poll and video in my story so you can see it better. . The couch position is throwing me in where to place the shelves and how many to place. Im welcome to ideas different to mine aswell as I can’t really find inspiration on Pinterest . . The shelves will be just pine boards held up with black brackets of that matters at all.
Sneaky wardrobe shot 😅 I still haven’t built/bought/ OR decided on a new bookshelf for my main living area so my books have been unorganised and in cupboards for months 😅 I think I’m going to take some photos of my space and ask for help on where and what I should do to display all these because I can’t make decisions 😅
Owls TBR is kinda figured out! Not pictured is Mistborn, the last wish, and the slow regards of silent things which are ebooks and audio ☺️ 📖 The institute - arithmancy & herbology 📖chain of gold - transfigurations (im assuming the pack will be in this) history of magic. 📖 royal assassin - defence against the dark arts 📖 beautiful boys - Muggle studies and arithmacey 📖 mistborn - charms 📖 the last wish - history of magic, care of magical creatures 📖 the slow regards of silent things - potions The category missing is anicient tunes because I can’t find a book with a heart that looks good in my house haha I am very sure I will not read all these but I’m happy I have a TBR to look forward to and join in this year ☺️
Finished this at 5am this morning 😅😅 loved all the friendships, the world, and the main characters haven’t read a new fantasy like this in AGES so it was heaps of fun.
Read these three in the last two weeks! Lady midnight and lord of shadows were rereads and I’m so glad I did the whole series in one go otherwise I wouldn’t have remembered much 😂 absolutely loved queen of air and darkness and jumping back into the shadow hunter world .
Book and plant haul 🌱📚 BOOKS- Rise of the Rocket girls by Nathalie Holt Psynode by Marlee Jane Ward One Way by S.J Morden I haven’t heard of One Way but it’s spacey criminals with a who dun it murders happening so it sounds like something I’d be into ☺️😂