Hi, hey, hello… so I know you’re supposed to get books for your birthday and not give them but giving books is so much fun and I need an excuse to shove these books in everyone’s face constantly until they’ve read it already.

So to continue my birthday month blogging theme thing here are books I want to give as gifts.

*click on covers to go to mythical places (goodreads)

The Hate U Give by Angie Thomas

If you haven’t seen the hype for this book I don’t know where you’ve been. Inspired by the Black Lives Matter movement Thug is about Starr and her life as a black american living in a corrupt system. Emotional, topical, important. It’s a must read for everyone.

A Monster Calls by Patrick Ness inspired by Siobhan Dowd

Illustrated but adult, the feelings and emotions are everywhere in this book from the grey scale sketches to Conor’s journey you know that this isn’t going to be a fun and happy but the writing drags you down and taps into your the emotions.

An own voice story about Norah a girl with agoraphobia, ocd, and anxiety. Under Rose Tainted Skies is now my favourite book written on this subject, Norah’s journey felt real and the ending stayed true. So many books romanticise mental illness in YA with the protagonist either being overly quirky and cool or being magically cured by getting a boyfriend and some “confidence” not Rose Tainted Skies. Norah is uniquely herself, her struggles, her wants, her actions they all felt so real there is no way I wasn’t able to instantly connect with her.

Queens of Geek by Jen Wilde

Fandom upon fandom, pop culture references galore, diversity everywhere you look. Queens of Geek was a book that just grabbed all my thoughts and put them on paper, if I could ask for a dream book it would be this one and I will be lending out my copy left right and center so everyone can fangirl with me.

Did you really think I could write a list of fave books I’d give as gifts without including this? Illuminae is blow your mind amazing, even if you don’t read sci-fi I would still gift this it’s that good. The formatting is different and perfect for the story, the plot is crazy, and the characters pack one hell of a punch #fightlikeagirl 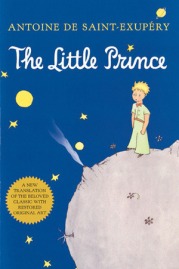 The story has every feeling you could want and is just pure magic. I struggle trying to describe the plot, its more the feeling that it gave me that makes me love it so much. All the characters are wonderful, the view it gives on Adulthood is genius and to true, the simplistic way it shows them is somehow complex at the same time. A line could be interpreted a thousand different ways if you asked a 1000 different people.

The Hating Game by Sally Thorne

This book was an unexpected burst of happiness, an awesome romance and banter, had great build up, some heart-break

Chick lit at it’s finest, if you’re a sucker for hate to love romances this is the best gift you’ll ever receive.

Six of Crows by Leigh Bardugo

If you don’t have this book already I just I don’t know what to even say.

The best cast of characters I have ever read,  banter for days, sassiness, crazy good world building, and a story that pulls you in from page one.

Also if you don’t read it someone most likely me will surly throw this at you and that will hurt ( I have the hardback duology) so just read the book already.

To Kill a Mockingbird by Harper Lee

There is a reason so many people were required to read this in school: because it’s the freakin best. To Kill a Mockingbird has the best family I’ve ever read, it’s important, compassionate, emotional, moving *insert more adjectives for awesome*.

I could keep going on and on with books I’d like to give to everyone but alas I don’t have that much money, IF I DID THOUGH *showers everyone with my fave books*

What book would you like to give to everyone if you could?