ITS A TAG POST WHAT? Casey does tag posts?! I haven’t done a tag post at all this year, or at least that I can remember but I love them because I don’t have to think too much about what I want to write

Thank you so much Dani for tagging me! Check out Dani’s blog guys it’s awesome. Also thank you to who ever created this tag, free content yay xD Now onwards to the tag!

NOPE. Ending: A book ending that made you go NOPE either in denial, rage or simply because the ending was crappy.

Okay so the whole book was a nope for me, I actually think it’s the only sci fi book I hate and everyone loves it a lot, sorry but no. The ending just topped off a crap story with a crap cherry, actually no not even a cherry it was like a Brussels sprout on a ice cream cone made out of green beans.

NOPE. Protagonist: A main character you dislike and drives you crazy.

This could all be about Enders Game let’s be real, stupid genius 12 year old boy that’s so special.

NOPE. Plot twist: A plot twist you didn’t see coming or didn’t like.

I’m going to go with a movie adaptation for this one. BREAKING DAWN! Man teenage me was not much for guessing plot twists and (spoilers for twilight but does anyone really care anymore) WHEN THEY CHOPPED CARLISLE’S HEAD OFF, i was part salty they tricked me like that and part relieved they didn’t kill off the Cullen’s.

Hmmm maybe Hermione and Ron? I always saw Hermione with someone a little better than Ron but I don’t not support it.

NOPE. Series: A series that turned out to be one huge pile of NOPE. after you’ve invested all of that time and energy on it, or a series you gave up on because it wasn’t worth it anymore. 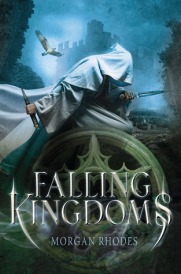 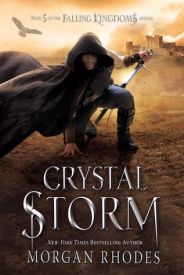 NOPE. Protagonist action/decision: A character decision that made you shake your head NOPE.

EVERY YA CHARACTER IN A YA THRILLER *ahem* I stay away from YA thrillers (aside from anything Fleur Ferris writes) because I can’t stand 16yr olds that try to catch murders and end up murdered or nearly murdered, I just yell in between reading CALL THE POLICE YOU NINNY. So yeah YA thrillers are not for my stabby heart.

NOPE. Genre: A genre you will never read.

Nothing, i mean asides from YA thrillers but I read them if it’s by certain authors. Seriously there is good in all genres just give me all the books xD

NOPE. Book format: Book formatting you hate and avoid buying until it comes out in a different edition.

Nothing again. Just give me all the books in all the shapes and sizes.

NOPE. Trope: A trope that makes you go NOPE.

Dominant male/weak female? Again I’m really easy to please and most tropes are all good as long as they’re written well. The “I own you and you must obey me” trope makes me vomit in my mouth so yeh probably that one. Unless the girl ends up stabbing the guy then I’m more than okay with it.

NOPE. Recommendation: A book recommendation that is constantly hyped and pushed at you that you simply refuse to read.

Every David Leviathan book of ever? I know he’s a super popular writer but I just don’t like his writing.

NOPE. Cliche/pet peeve: A cliche or writing pet peeve that always makes you roll your eyes.

Pet Peeve is non science talk in a sci fi, like oh the sky’s just green, just green just because? No reason huh. Or the hey yeah this is sci fi, look I live on a floating planet ship that I’ll never describe so it’ll just feel like I live in your average fantasy castle (i’m looking at you Diabolic) *sigh* so much missed potential.

Everyone, let my characters be loveless beings xD This is going to be a bit Obscure because not many people have read it but Des in Fortunes, she’s a baddass woman who doesn’t want a relationship in the first book and ends up falling for while he was a charming dude a guy that made her act a bit irrational at times. Also she has a relationship with her knives and I was so DOWN for that. Also this books is actually amazing and has powered armor and lots of kickass fighting in space READ IT>

NOPE. Book: A book that shouldn’t have existed that made you say NOPE.

The Silent invasion WHAT EVEN HAPPENS, there’s walking, apparent alien things taking over the world, some random “oh look a Koala I’m in Australia” talk and animal abuse, seriously the MC doesn’t even talk and then she’s suddenly in love with some rando she met at a truck stop GET OFF IT MATE.

NOPE. Villain: A scary villain/antagonist you would hate to cross and would make you run in the opposite direction.

I love Villains, I wanna be besties with all of them and maybe fight a few for funsies. I think I’d hate to cross the Evil King from A Darker Shade of Magic, dear god he’s freighting.

NOPE. Death: A character death that still haunts you.

I don’t wanna do spoilers so I’m going to go with Harry Potter, tbh if you haven’t read or watched HP and haven’t been spoiled already you’re probably not reading blogs. Fred is always in my heart, as well as Dobby and Hedwig DID YOU HAVE TO KILL THE BIRD JK, REALLY?!

NOPE. Author: An author you had a bad experience reading for and have decided to quit.

Andrew Smith, the author of Winger. A lot of people like the book and that’s why I picked it up, I was told it would make me laugh at loud and instead it made me want to tear the pages out and set them on fire. Juvenile and mostly crass humor also the main character is taught to be accepting by his Gay friend being killed, sorry but anyone that kills of a gay character so the straight kid can learn empathy can get away from me.

I don’t actually know if I even did this tag right, I’m pretty sure I managed to recommend at least 2 books in a tag that’s supposed to be full of nopes XD

Let me know if any of you agree or disagree with the books I mentioned! Also if you’d like to do this Tag do it! I officially tag anyone and everyone