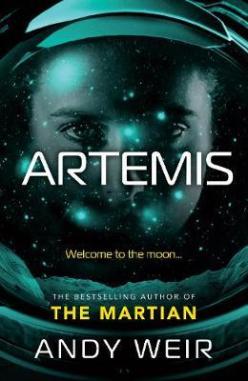 Jazz Bashara is a criminal.

Well, sort of. Life on Artemis, the first and only city on the moon, is tough if you’re not a rich tourist or an eccentric billionaire. So smuggling in the occasional harmless bit of contraband barely counts, right? Not when you’ve got debts to pay and your job as a porter barely covers the rent.

Everything changes when Jazz sees the chance to commit the perfect crime, with a reward too lucrative to turn down. But pulling off the impossible is just the start of Jazz’s problems, as she learns that she’s stepped square into a conspiracy for control of Artemis itself – and that now, her only chance at survival lies in a gambit even more unlikely than the first.

Just as if not more technical than The Martian I still flew through this book. Seriously Andy Weir is way to smart for me but I love reading all the tech talk even if I have no idea what anything is.

If you want a sci-fi that is heavy on the tech, heavy on the humor, and goddamn heavy on trying to kill everyone this is for you.

Just like all the disasters Mark Watney faces in The Martian Jaz Bashara is caught up with not only the moon and how it’s built trying to kill her but an organised crime gang that’s laundering money through Artemis.

“I knew what I had to do—I just didn’t like it. I’d have to blow the remaining two at the same time.
Please don’t quote that last sentence out of context.”

Artemis it’s self is so interesting essentially a small town on the moon, set in different bubble areas you have upper, middle, and lower class as well as swanky hotels for all the earth chums that come to holiday.

Not your classic Americana sci-fi. YES to not being too american, Artemis was launched by Kenya through a truly enterprising leader, seeing that they had access to the equator she worked and sold and gathered resources allowing east Africa to flourish under bring so much work into the country. The people of Artemis are diverse and to be quite honest downright awesome.

I didn’t give this a 5 because the start was little dull for me and Jazz Bashara did end up being an amazing character but to begin with I felt like it was all telling us how great she was and no showing. 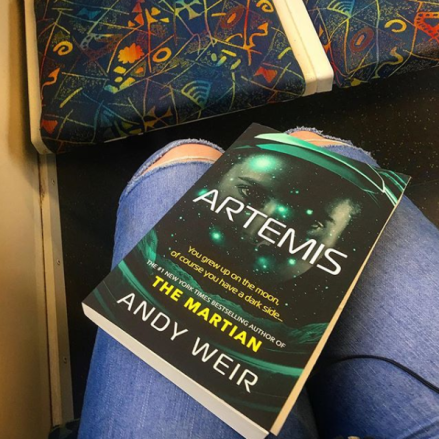 Smart space smuggler, sex positive, genius in everything she looks at, Jaz was a pleasure to read. I loved that this concluded fantastically while leave the option for a companion book. I would 100% read more Jaz Bashara and the disasters she attracts.

Have you read Artemis yet? Are you planning too? I hope everyone loves this and it gets a buzz like The Martian so we can get another movie, seriously seeing all this play.

Thank you so so much to penguin publishers for allowing me a free copy in exchange for an honest review, you make my space heart happy.

14 thoughts on “Artemis by Andy Weir”