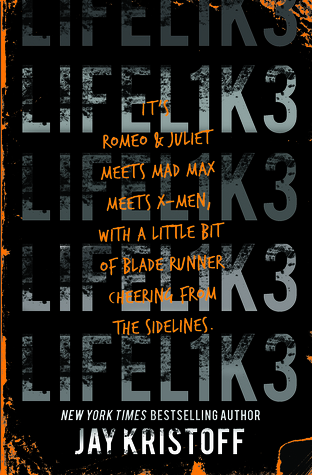 On a floating junkyard beneath a radiation sky, a deadly secret lies buried in the scrap.

Eve isn’t looking for secrets—she’s too busy looking over her shoulder. The robot gladiator she’s just spent six months building has been reduced to a smoking wreck, and the only thing keeping her Grandpa from the grave was the fistful of credits she just lost to the bookies. To top it off, she’s discovered she can destroy electronics with the power of her mind, and the puritanical Brotherhood are building a coffin her size. If she’s ever had a worse day, Eve can’t remember it.

But when Eve discovers the ruins of an android boy named Ezekiel in the scrap pile she calls home, her entire world comes crashing down. With her best friend Lemon Fresh and her robotic conscience, Cricket, in tow, she and Ezekiel will trek across deserts of irradiated glass, infiltrate towering megacities and scour the graveyard of humanity’s greatest folly to save the ones Eve loves, and learn the dark secrets of her past.

Even if those secrets were better off staying buried.

Now to get into my thoughty thoughts as past Casey so eloquently put it. I really really enjoyed reading this.
I thought we were going to get a f/f relationship for a moment as was so here for it and still kinda here for it but it does not happen ALTHOUGH the female friendship was on point for me and the best relationship of the book. The friendship was the main relationship focus of the story and contrasted amazingly with all the other complicated slightly/very messed up other relationships.

This book has everything I love, Gimme a sass robot and hello Casey is in love, give me a 2 girl bestie team that are surviving and relying on each other and BAM hello Casey is in LOVEE, but throw in hot boy robo with protection protocols and little personality… Casey is taking a step back, oops. I get that he was their to show the messed up side of the relationship and that his love is toxic but meh it didn’t captivate me too much.

The ending didn’t sit right with me either. I felt disconnected from it in a way, it didn’t leave me on that OMG WHAT THE FUCK feeling, more of a “oh that was a little odd, hmmmm” whichhhh… isn’t what I was hoping for, I don’t know I just felt like it was a big leap for the character to make with no real reasoning or solid enough reasoning behind it so there was no omg what the hell I can’t believe I didn’t see that coming. I have since seen other people have that reaction though so it’s probs a me thing and not a book thing. 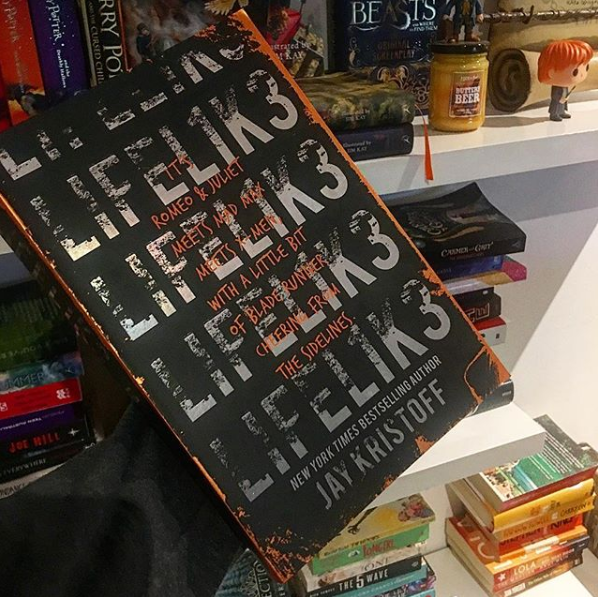 I did love the world, I loved the terminator killing/fighting scenes, I love the tech, the robots, her grandfather and her bestie. The ending just left a sour taste in my mouth sooo 4/5

Have you read LifeL1k3 yet? Did you love it? Is it on your TBR? Is Lemon the best or what?

5 thoughts on “LifeL1k3 by Jay Kristoff”

Book and plant haul 🌱📚 BOOKS- Rise of the Rocket girls by Nathalie Holt Psynode by Marlee Jane Ward One Way by S.J Morden I haven’t heard of One Way but it’s spacey criminals with a who dun it murders happening so it sounds like something I’d be into ☺️😂
2020 has started off with a fantasy bang, first I binge read the Cruel Prince trilogy and now I’m about to finish Red Sister. I’m in love with the Magic’s and world building in this trilogy and excited to read Holy Sister. I’ll be stuck at the hospital this afternoon so atleast it’ll keep me occupied! . I’m currently 4 books in for January and my goal was to read 5 so I’m on my way ☺️
Went to return a pair of shorts and found a pop up bookstore had replaced the shop 😅 I haven’t read a cruel prince but I plan too and this was only $6 I also hauled the institute by Stephen king and The Toll by Beal Shusterman so it’s been a good weekend for books.
After how many years I finally read and finished book 1 of Game of thrones 🐉 . The book is so similar to the tv series I really enjoyed it. . I have a mass market paper back I picked up from a thrift store so I decided to put it on the rehabs bookshelves so others can read it and I’ll buy myself a pretty book set eventually😅
Finished and I’ve officially run out of books I actually want to read at the hospital. So far I’ve read: -nevernight (reread) -godsgrave (reread) -darkdawn -on the come up -dev1at3 -the name of the wind -wise mans fear -a spark of life -rivers of London (half read DNFd for now) -vengeful . I have 6 books sitting on my shelf waiting to be read but there all gifted thrillers and I just can’t be bothered with them. Time to get some ebooks 😅
Current read dev1at3 by Jay Kristoff who is helping me stay sane while stuck in hospital/rehab . 50 pages in and thank god for the recap that caught me up perfectly 😅