Nemesis is a Diabolic. Created to protect a galactic Senator’s daughter, Sidonia. There’s no one Nemesis wouldn’t kill to keep her safe. But when the power-mad Emperor summons Sidonia to the galactic court as a hostage, there is only one way for Nemesis to protect Sidonia. She must become her. Now one of the galaxy’s … END_OF_DOCUMENT_TOKEN_TO_BE_REPLACED

Rachel Watts is suffering from recurring nightmares about her near-death experience in London. She just wants to forget the whole ordeal, but her boyfriend, James Mycroft, is obsessed with piecing the puzzle together and anticipating the next move of the mysterious Mr Wild – his own personal Moriarty. So when Rachel’s brother, Mike, suggests a … END_OF_DOCUMENT_TOKEN_TO_BE_REPLACED 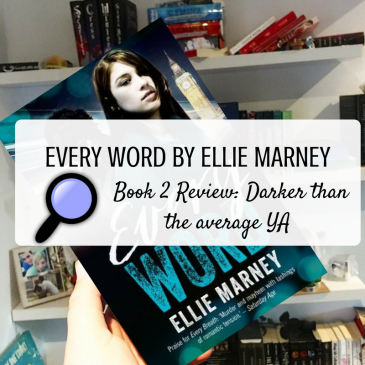 Rachel is still getting used to the idea of Mycroft being her boyfriend when he disappears to London with Professor Walsh. They’re investigating the carjacking death of the rare books conservator, which appears to be linked to the theft of a Shakespeare First Folio from the Bodleian Library. Worried about similarities between the conservator’s accident … END_OF_DOCUMENT_TOKEN_TO_BE_REPLACED

Henry Page has never been in love. He fancies himself a hopeless romantic, but the slo-mo, heart palpitating, can’t-eat-can’t-sleep kind of love that he’s been hoping for just hasn’t been in the cards for him—at least not yet. Instead, he’s been happy to focus on his grades, on getting into a semi-decent college and finally becoming … END_OF_DOCUMENT_TOKEN_TO_BE_REPLACED

After an explosion destroys his ship, the world believes Prince Merik, Windwitch, is dead. Scarred yet alive, Merik is determined to prove his sister’s treachery. Upon reaching the royal capital, crowded with refugees, he haunts the streets, fighting for the weak—which leads to whispers of a disfigured demigod, the Fury, who brings justice to the … END_OF_DOCUMENT_TOKEN_TO_BE_REPLACED

Signed, sealed, delivered… While spacing out in chemistry class, Lily scribbles some of her favorite song lyrics onto her desk. The next day, she finds that someone has continued the lyrics on the desk and added a message to her. Intrigue! Soon, Lily and her anonymous pen pal are exchanging full-on letters—sharing secrets, recommending bands, … END_OF_DOCUMENT_TOKEN_TO_BE_REPLACED 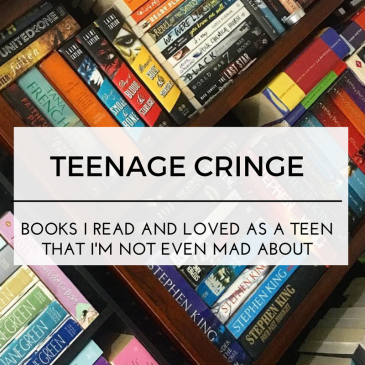 So if you missed it I did a post of my Childhood Faves  check it if you haven’t already. I’ve decided to keep the theme going and list some Teenage books that really got me through the awkwardness of puberty and the chaoticness that is highschool. My birthday is this month so it seems appropriate to … END_OF_DOCUMENT_TOKEN_TO_BE_REPLACED

When I DNF books its always for a multitude of reasons there is never just one reason for all, maybe I’m just not feeling it, maybe I’m hating it, Maybe I just wanted to read something else and then forgot all about it. So here we go books I didn’t finish in 2016 for a … END_OF_DOCUMENT_TOKEN_TO_BE_REPLACED

It’s Christmas, MERRY CHRISTMAS EVERYONE! Guys 2016 is nearly over and that is just bonkers, I can’t deal but also yay to a bright and shiney new year I just wanted to update you all, I wrote up some scheduled posts (yes I know I am a new me woo for organisation lets see how … END_OF_DOCUMENT_TOKEN_TO_BE_REPLACED 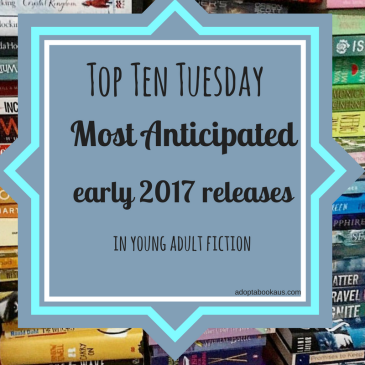 Hi, Hey, Howareya? I hope everyone’s doing great and you all aren’t to stressed with Christmas and holidays coming up. I know December has been ridiculously busy for me although I feel like I’ve hardly done anything at the same time so that is always fun… Today I’m doing Top Ten Tuesday! This is a … END_OF_DOCUMENT_TOKEN_TO_BE_REPLACED